Aviation insurance works the same way as other types of insurance. A customer seeks a policy from an insurance provider who agrees to pay for damages associated with the identified property as long as the policy holder pays an amount of money, a premium, for the protection.

To see what your rates can be simply enter your ZIP code into the FREE insurance quotes tool now!

If no damage or claim occurs, the insurer keeps the premium payment. If damage does occur, and it is the type covered by the agreement, the insurer then pays the cost to restore the customer back to status quo, including damage done to other parties by the customer’s property.

In the case of aviation protection, insurance comes in a couple of different forms. However, the genesis of the service has a bit of history.

As an insurance coverage, aviation insurance first appeared early in the 20th century as planes began to proliferate in industrial use. Not surprisingly, Lloyd’s of London was the first insurance provider to deal with this specific risk coverage.

However, this first insurance company soon got out of the aviation coverage business as the risks became far more apparent than any profit.

Numerous crashes as a result of bad flying weather caused too many payouts, making the aviation insurance market too much of a loss for Lloyd’s. For the next two or three years no coverage was offered. It was not until the mid-1920s that aviation coverage appeared again via insurance specialist applications. Over time the sentiment with regards to aviation risks settled down a bit as planes became more of a regular vehicle resource.

Soon enough, arguments were being made that aviation incurred the same risk as marine transportation, so coverage simply needed to charge an appropriate cost to cover the related risk.

In the mid-1930s the Union of Marine Insurance took on the task of defining aviation coverage standards and produced a conglomerate of insurers willing to work together on insuring planes. From that point forward aviation insurance became commonplace in the industry, and today the financial protection is a regular policy offering, similar to coverage taken out on road vehicles. 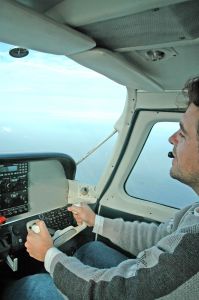 The biggest provider of aviation insurance in modern times remains the British market. Ironically, the company that first started the protection and then stepped out, Lloyd’s of London, is now a major player in aviation insurance through various subsidiary branches. That said, each major country has its own market with similar providers. The U.S. makes up the largest number of providers, customers and market share given the number of planes in the country.

New aviation customers with large airline fleets should not be surprised that single, big insurers can’t take on the entire risk of an airline company. The fact is, with the cost of each plane, the risk is far too big for a single company to make a viable profit.

One plane alone can result in a loss of millions of dollars if the aircraft is written off as a total loss, such as U.S. Airways Flight 1549 which went into the Hudson River in 2009. This video clip reports the incident.

The cost estimate of millions for an airplane crash doesn’t even include the cost to passengers and crew injured or killed.

As a result, many insurers work together in partnerships to spread the given risk. This requires the companies to also spread the profit component, but it makes a crash impact far more tolerable to the insurance industry players versus being a sole player.

Not surprisingly and similar to other insurance coverage of vehicles, aviation insurance comes in different forms and types. These include public liability, passenger liability, combined single limit or CSL, and Ground Risk Hull in Motion or Not in Motion and In-Flight Insurance. Public liability insurance is a financial protection given to an aircraft owner for any damage the vehicle covered causes to someone else. For example, in a case where a plane crashes into a town, the insurance policy would address the damage costs incurred to buildings and people’s property as well as injuries caused to those on the ground. The insurance type addresses impact to other parties’ property whether it involves structures or other planes involved in an impact situation.

The impact doesn’t have to be a collision per se; fly-by damage where a plane makes contact with and damages property can be considered a collision as well. This type of policy is the coverage that typically addresses compensation to victims as well as arranges settlements outside of court if possible.

Almost all insurance markets, in all countries, require such coverage when operating planes in public space and the policies are typically capped at large financial amounts, like $5 million. 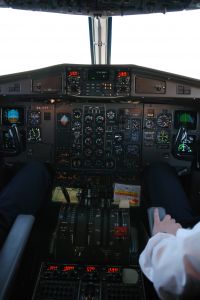 To protect those parties inside a plane, passenger liability insurance is used. This type of coverage addresses costs incurred for a passenger who killed or injured in a plane crash or incident. The policy typically addresses wrongful death claims or tort damages for injuries as well.

Insurers as a practice don’t cover an entire plane. Instead, the insurance works on a “per-seat” metric, covering only those passengers included on the plane by the number of seats filled. Further, coverage per passenger is usually capped by a specific amount.

The Combined Single Limit coverage or CSL takes the two above coverage types and combines them into one policy, making it easier for an aircraft owner to address both third-party and passengers in the same policy. Aircraft owners tend to favor these policies where there is high risk to passengers but little probability of damage to third parties in terms of collision risk.

Ground risk hull insurance comes in two versions: in motion and not in motion. This type of coverage addresses risks of damage to an aircraft when it is either sitting, or moving on the tarmac but not necessarily flying. Typical damages covered can include third party actions such as break-ins or vandalism or parts being stolen from the plane itself. It also helps with coverage of accidental damage to the plane by nature, animals, weather, or accidental collisions on the ground.

The coverage is not intended for small annoyances; it provides protection for substantial damage to a plane on the ground, such as body damage from a severe hail storm, for example.

In-flight insurance works like a comprehensive policy for both on-the-ground and in-flight. It covers the craft for damage when the vehicle is in motion during all steps of a flight as well as when the plane is docked and not moving. Because these policies cover far more, the cost of coverage will be far more than the previously mentioned types.

Aviation insurance today comes in a variety of different forms which works well for aircraft owners big and small. Because the insurance is scalable, owners don’t need to be large companies to make the business profitable for insurance companies involved.

With the benefits of the Internet today, it is possible to find aviation insurance via free online website search engines that seek out various companies and coverage products nationwide. Aircraft owners everywhere can compare search information using these free sources and find the best coverage for their needs with the provided connections.

Use your connections with our FREE quote tool, your local ZIP code, and get estimates for your insurance coverage today!