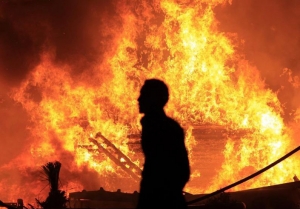 Political risk insurance protects investors against the possibility that revolution or other factors related to political instability will cause their investments to decline in value, be stolen or be destroyed.

Other similar coverage options that have arisen which include war risk coverage and terrorism coverage.

These politically risky events include terrorism, war and discontinuation of government; expropriation or confiscation, such as in the Venezuela example given above; or government repudiation of contracts for reasons not related to performance.

This is also used in situations like wrongful calling of on-demand guarantees: Including letters of credit, etc…business interruption for political reasons or for related security reasons; or an inability to repatriate funds or inability to transfer value from foreign currency.

Political risk insurance is mainly used by investors with a diverse portfolio of international investments. This specific form of business and investment protection is particularly valuable when operating in emerging and developing markets where continuous political stability is not guaranteed. Political risk insurance can be used in virtually any situation where political upheaval is considered to be possible. Investors should take a medium-term view of their situation, since this insurance is difficult to acquire once political norms begin to deteriorate.

Types of Businesses That Use Political Risk Insurance

Businesses whose assets or capital would be difficult to protect or remove quickly in response to political upheaval are typical clients for political risk insurance. For example, construction firms frequently seek political risk protection. It’s an indication of the growing importance of this type of coverage that the need for political risk analysts is growing fast, as shown in this article. Political risk insurance can be applied to assets located in any jurisdiction. However, it is most commonly used in areas where the continuing ability of foreign-owned enterprises to operate freely in the national market cannot be guaranteed.

The ramifications of such behaviors are expected to be temporary but severe, leading to a recent spike in political risk protection in these areas.

Factors That Indicate a Need for Political Risk Insurance

There are several indicators that might alert investors to the need for political risk insurance. These factors are usually known well in advance and may also help an investor to decide exactly what coverage foreign assets may need.

There are essentially two forms of political risk insurance based on the amount of business risk involved. Larger investments require a policy that is extremely detailed and specifically planned for a given situation. Smaller investments, on the other hand, are usually covered under the provisions of pre-existing contracts offered by each insurance company.

If an investment is particularly complex, or it would be challenging to recover or value precisely in the event of political instability, a customized policy is generally best.

This provides the highest level of protection for worst case scenarios.

Needless to say, political risk insurance is not generally backed by a financial institution within the area where the instability is expected to occur. Instead, investors generally seek protection from financial centers far from the conflict zone. As with any insurance policy, it’s important to ensure that your assets will be completely protected against the widest range of eventualities that might cause them to depreciate. This can be a challenge when it comes to political risk, since situations are fluid. Here are some elements to look for in a political risk insurance policy:

What Clients Should Know About Political Risk Insurance

Political risk insurance has existed in its modern form for only a very short time. It is important to understand that this is a very new insurance offering which, at the same time, is rapidly growing in popularity and importance. Because this is the case , and because political risk insurance shows signs of becoming an ever more important part of a globalizing economy, investors need to be cautious and extensively compare policies before selecting one.

Around the world, political risk is increasing. This is true even in areas that once seemed impervious to political problems. As a dimension of the new, global business landscape, political risk should be handled sensibly by anyone who might be subject to it. Political risk insurance is the best means of protecting tangible assets overseas.

Protect your investments with by getting FREE quotes with just your ZIP code now!