The 5 Worst Insurance Disasters in History Insurance has been with us since the beginning of modern finance, but only recently have we really gotten a sense of how important it is. 2011 turned out to be the worst year on record for natural disaster insurance losses, with the Japanese earthquake and tsunami, New Zealand earthquake, Hurricane Irene, and the Joplin tornado all causing financial — as well as physical — destruction.

And, in fact, all of the worst insurance disasters have happened in the last century. Even more surprising: a whopping majority of them happened recently. We’ll explain why later, but first here are the five worst: The Northridge Earthquake is a scary and troubling lesson in what nature’s power can do in a brief span of time.

The 6.7 magnitude earthquake lasted only 10 to 20 seconds, but it struck Reseda, one of the most heavily populated areas in the city of Los Angeles, and killed 157 people. Far worse, however, were the injuries: 8700 were injured, slamming hospitals and causing crisis conditions in one of the biggest metropolitan areas in the United States. Ultimately, it cost $20 billion in insurance payouts to fix the damage.

Why so much? Los Angeles real estate is inherently desirable…and therefore inherently expensive. Similarly, the sheer number of injuries meant that unlike some disasters, medical insurance claims made up a large portion of the cost. 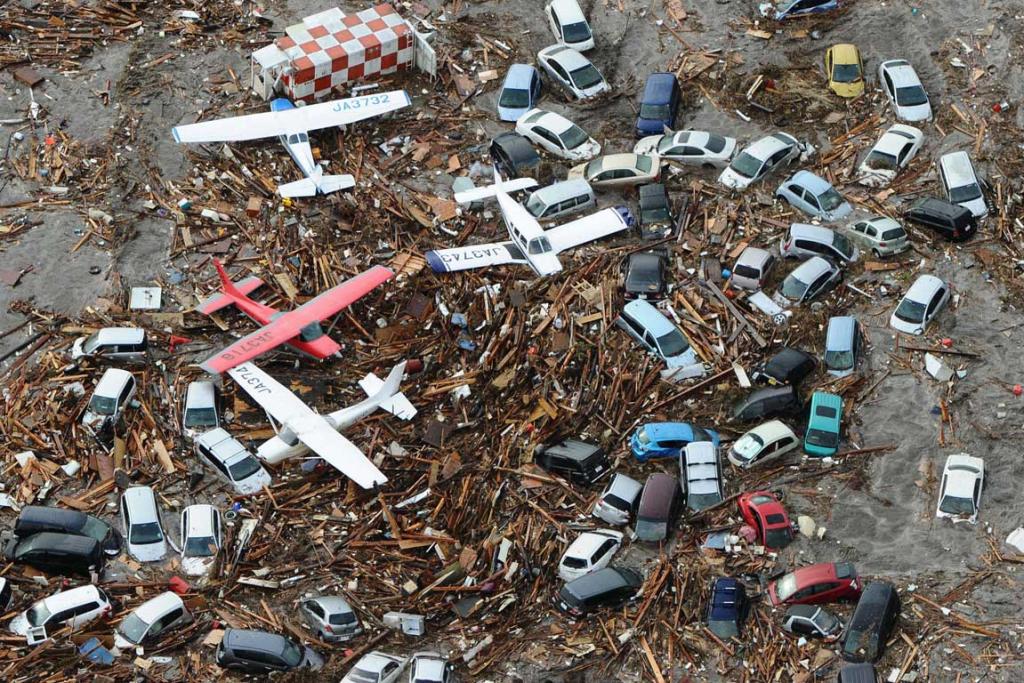 The earthquake and tsunami that struck Japan both horrified and united the world in relief efforts. And those efforts only intensified once it became clear the Fukushima nuclear reactor was in serious trouble. Dozens of villages were simply wiped away, businesses were destroyed, homes were sucked into the oceans, and over 15,000 lives were lost.

Adding to the problem, the Japanese tend to save their money by, well, saving it at home: putting cash in a safe to protect it. It’s called “wardrobe money,” and it only added to the chaos that there were thousands of personal safes washed up on beaches and delivered to police precincts for owners to claim, some insured and some not.

In the end, the estimate was a staggering $25 billion in insured losses, one of the single biggest insurance payouts in human history. We all remember the 9/11 attacks: how could we not? The largest terrorist attack on American soil is still having effects on us, more than a decade later. And, until a natural disaster four years later, it had a distinct effect on the insurance industry: 9/11 was the single biggest insurance payout in history, with $39.5 billion in insured losses.

The majority of that cost? Work stoppages. The result of the falling of the Twin Towers was that many companies stopped operations — either voluntarily, so their workers could assist in the recovery efforts; out of a sense of respect; or because they had lost important personnel in the attack. A close second was the insurance on the Twin Towers and the surrounding buildings that were demolished or otherwise damaged by falling debris: the Twin Towers alone cost $4.55 billion in insurance payouts. The sheer human tragedy of Katrina was unforgettable. Hundreds lost their lives, thousands were rendered homeless, and millions are still rebuilding, six years after it happened. Katrina was such a disaster, in fact, that it was the single costliest disaster in the entire history of the United States: losses are estimated at $55 billion from the insurance industry alone.

Why so high? Katrina destroyed a heavily-populated city: New Orleans had dozens of major corporations headquartered there, hundreds of small businesses, thousands of homes, and all of them had considerable value, with many insured. More to the point, when the levees failed and the floodwater hammered the city, 80% of New Orleans was flooded and remained flooded for weeks, adding enormous amounts of flood damage to the wind and rain damage that had already pounded the city. Unfortunately, 2011 does not mark the first time Japan has had a geological disaster. In 1995, a 6.8 magnitude earthquake struck the city of Kobe, with nearly 1.4 million citizens living there at the time. The quake killed 6,400. Tragically, this was as much due to the way the city was built as it was due to the vagaries of nature: the city of Kobe had strong, heavy roofs, sometimes two tons or more, built to resist the typhoons. But the weak support structures underneath them easily buckled, causing “pancake” collapses that vastly increased the death toll and property damage.

Adding to the cost was the destruction of the Port of Kobe, a major shipping destination, and the collapse of major roadways and train arteries. It destroyed so much infrastructure and cost so many lives that the Kobe earthquake stands as the costliest natural disaster in history to the insurance industry, with $100 billion paid out.

So Why Are These Payouts Rising?

There are three reasons for this: more people, more value, and more insurance.

If you want to make sure you’ve got the best insurance for the best price, use our tools here at InsuranceProviders.com. We’ll make sure you have the security you need to protect yourself should disaster strike in your neck of the woods. Start by entering your zip code below.