What is universal health care? 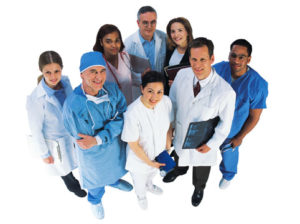 Universal health care is usually a government-run health care system that gives all citizens the same health care coverage and services regardless of their level of income. It is also referred to as single payer health insurance.

To get online insurance quotes immediately use the free tool above!

Of course, this is a basic definition of a very important group of health issues that will affect your future health care and the future of the country. A more in-depth explanation follows below.

Nations all over the world have embraced universal health care. Though many United States’ citizens believe their health care system to be top ranked throughout the world, it is actually listed as number #37 in a study done by the World Health Organization.

The U.S. healthcare system actually ranks behind Costa Rica. France was listed as the number one country, in terms of satisfied patients and efficient management. Countries such as Italy, the United Kingdom, Norway, Saudi Arabia, and Israel all outranked the USA, many of which have a form of universal health care in place. Even Iraq currently has universal health care, as it is paid for by the United States.

The United States currently has fewer doctors per person then many top ranking countries, as well as fewer overall facilities and a much higher total death rate. However, the United States is one of the top countries for advancements in medical procedures and discoveries, which many say is due to the lack of a single payer system.

Another advantage to universal health care is in having a national database that would be accessible by all doctors. The thought here is that by eliminating separate record keeping systems, doctors would be better able to track a patients overall health, give educated diagnoses, and help to create smoother system for all medical patients. Another advantage of a national database would be in statistical data, such as the tracking of how often certain diseases are occurring in certain areas and this in turn would help make leaps and bounds in medical advancements.

It is suggested that coverage for 97% or more of Americans will go into effect with the current proposed plan. Many see this news as an upside and a sign of progress perhaps leading to an overall healthier country.

One of the biggest arguments against Universal Health Care is the fact it is touted as “free health care”, when in fact, it isn’t free at all. Citizens would actually be paying for healthcare through tax increases. Even if we didn’t see a major hike in taxes, other areas would have to see spending cuts, such as educational facilities or medical research teams that survive through government funding.

Another worry is that Universal Health Care would bring about a decrease in care flexibility for patients. What is covered and what is not covered, such as elective surgeries, would be decided by the government. Long waiting periods for routine visits would become the norm. Countries such as England have had patients reporting that they have been waiting in month long lists for treatments.

Other worries include skyrocketing costs due to a lack of efficient spending, as well as behind the scenes corruption in the medical industry—perhaps even more instances of injustice than there are now. Some people believe that through universal health care that every medical decision would eventually become a political battle and red tape might bury the whole system.

Another worry is that doctors would take home lower pay and benefits, thus fewer college students would bother pursuing the career. The lack of new hires would cause hospital wait times to jump even higher. Patient-to-doctor ratios might increase drastically. Malpractice lawsuits could also likely catapult past their already high numbers.

There is much debate on universal health care in this country, and you now have a better understanding of its basic structure and the pros and cons brought out from both sides on the matter. With so many people struggling to pay health insurance rates it is a hot and important topic. Make up your own mind and keep your ear to the ground for more news.

No one is arguing that giving more assistance to poor or low-income Americans is a bad thing; critics are simply arguing on how the country could effectively accomplish this scenario. The outcome of universal health care in the United States of America has yet to be seen. Whether it will turn out to be the blessing this country needs or the curse that many fear, we can only speculate as we try to hear both sides of the story.

The cost of having private insurance may very well go on the rise due to universal health care, so be sure you are getting the best deal on health insurance rates by comparison shopping online.

Start shopping for quality insurance while you still can entering your zip code in the free rate tool now!