What Kind of Homeowner’s Insurance You Need: A State By State Guide We all know we need homeowner’s insurance…but what kind of insurance should you get? Well, it depends on where you live. And luckily for you, each state has detailed guidelines on what you should consider. Here are all 50 states, and what types of insurance you may need.

Before we begin, a note: in some states, coverage may be recommended, but simply too expensive for you to afford. That doesn’t mean the coverage is unobtainable, just pricey.

– Earthquakes are rare, but known to happen in Alabama.

– Alabama law tells lenders to require you to have flood insurance if your home is in a flood plain. That said, even if it’s not in a flood plain, you should have it anyway.

– Consider windstorm coverage. Check your policy closely: this may be excluded from homeowner’s policies in coastal areas.

– Fire. This may come standard with your homeowner’s policy, but consider beefing it up: heavy use of heaters make it a real risk.

– A fairly safe state, natural disaster wise, although wildfires and windstorms are a concern. Consider, however, insuring your air conditioning system to ensure you don’t get stuck with an unlivable home in a hot place.

– Flood coverage is highly recommended by the State Insurance Department.

– Not shockingly, earthquake coverage doesn’t come standard in homeowner’s insurance in sunny California. See what coverage you can get.

– Wildfire insurance is, of course, also a good idea.

– Finally, sewer and drain back up coverage is highly recommended by the state. Because all the above disasters apparently weren’t enough.

– Although rare, earthquakes do sometimes happen in the Colorado area, so it’s worth looking into.

– Flooding is a concern, so get insured for it.

– Similarly, the state recommends that sewer and water back up riders be bought for homeowner policies.

– Flood insurance is highly recommended by the state. Noticing a theme?

– Hurricane insurance is required by law and can be obtained through the state if you have no other option.

– Once again, flood insurance is a good idea as well.

– Earthquakes are extremely rare in Georgia, but as the state notes, aren’t covered.

– Also, as flooding can be a problem…well… – You probably won’t have to worry about flooding in Hawaii.

– Instead you’ll have to worry about tidal waves. Make sure your homeowner’s coverage includes tsunami protection.

– Also, you may need special riders if the island you live on happens to be volcanically active. Hawaii gets the fun policies!

– Flooding once again is a major part of the policy.

– Consider winter storm and ice damage insurance, if it’s not already included in your homeowner’s insurance.

– Flood insurance, naturally. In a place that flat, it’s practically a given.

– Wildfire damage may also not be covered: read your policy closely.

– Tornado coverage may not be included in your homeowner’s insurance. Get a separate policy.

– Oh, and flooding, of course.

– Check your policy carefully for flood and tornado coverage: you’ll need both.

– Tornadoes are the big concern in Kansas. If you’re unable to get private homeowner’s insurance, the state may be able to offer you coverage.

– Hurricanes are obviously of concern along the coast.

– Louisiana is also prone to flooding. Make sure you have flood insurance: you’ll probably need it.

– Down Easters have the same concerns as folks in Cajun country: flooding and hurricanes, considering most people live near the coast.

– Maryland is mostly coastal, so check to make sure you have storm insurance.

– Also, believe it or not, it has the occasional earthquake, although we wouldn’t be too concerned.

– In addition to flooding, Massachusetts can have severe winter weather. Check your homeowners policy for language about blizzards and windstorms.

– Michigan residents generally only have to worry about getting flood insurance, especially when close to the lakes.

– The state is also prone to the occasional tornado, so make sure your homeowners insurance covers that as well.

– As it’s mostly landlocked, floods are relatively rare in Minnesota, although you should probably have flood insurance just in case.

– One thing that’s relatively common, though: wildfires. Make sure your policy protects you against wildfire damage.

– Yeah, if there was ever a state where flood insurance was a good idea, it’s this one. The mighty Mississippi makes fairly frequent visits over its banks, so make sure you’re ready when it does.

– Missouri is prone to both floods and, as the tragedy last year at Joplin warned us all too well, tornadoes. Especially in the southern part of the state, make sure your home is protected. 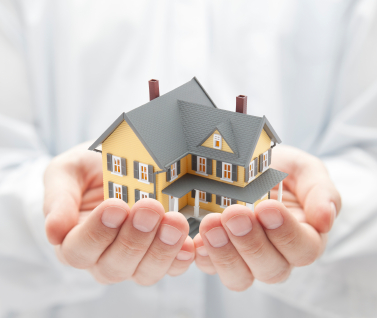 – In addition to floods, Montana has its share of earthquakes and wildfires.

– The wildfires are more of a concern than the earthquakes: make sure you’re covered against wildfire damage.

– Nebraska gets hammered by pretty much everything: enormous blizzards, wildfires, tornadoes, and, yes, floods. Get flood insurance, and look into tornado insurance and winter storm insurance as well.

– If earthquake insurance doesn’t come standard with your homeowner’s policy, make sure that you get it as soon as possible.

– We’ve recommended flood insurance for almost every state, but that goes double for New Hampshire, which sees a lot of precipitation and has had major destructive flooding in some areas of the state over the last decade.

– The Garden State, not surprisingly, gets a lot of rain and snow: some of its worst disasters were actually nor’easters.

– Floods are a concern as well, of course.

– You probably won’t need flood insurance in New Mexico, unless you’re close to a river.

– You will, however, need insurance against wildfires, and hurricanes striking the state are a fairly regular weather event.

– Thanks to simultaneously touching the Atlantic and the Great Lakes, New York State gets slammed with extreme weather events. A lot.

– Check your policy for winter storm protection, and definitely secure some flood insurance. Even if you don’t need it now, you will soon.

– Living on the Atlantic Coast means, as North Carolinians know all too well, hurricanes.

– Windstorm and flood insurance are key, but in the interior of the state, also make sure you have wildfire insurance.

– Floods, tornadoes, and earthquakes are the order of the day in North Dakota. Be sure your homeowners policy covers tornado damage.

– The Buckeye State just gets slammed. Floods, tornadoes, blizzards…it’s even had a couple of earthquakes.

– Make sure your insurance is as comprehensive as possible, especially if you’re near the Great Lakes.

– Oklahoma’s biggest problem, by a long shot? Tornadoes. Make sure your home is properly insured against tornado damage.

– More so than most states, Oregon floods, quite a lot in fact. Make sure you have flood insurance, especially if you’re near the ocean or a river.

– Winter storms can also be a problem.

– Pennsylvania gets hammered by storms quite a bit: tornadoes, hurricanes, blizzards, if it’s windy and has something falling from the sky, it’s coming to Pennsylvania.

– Storm insurance will be important.

– Rhode Island, being a small state on the ocean, gets a lot of hurricanes, and with hurricanes comes our old friend: flooding. Make sure you have both storm and flood insurance, especially if you’re close to the coast.

– Hurricanes are the major concern in South Carolina, but it’s also had, very rarely, an earthquake in its history.

– If earthquake insurance can be gotten cheaper, or as part of your comprehensive coverage, it might be worth it.

– The big problem in South Dakota? Tornadoes. It does have a history of floods, but tornadoes are more likely to wreck your house. Insure against both, and be safe.

– Floods, tornadoes, earthquakes…Tennessee has it all, natural disaster-wise. Here’s where a comprehensive homeowners policy and flood insurance on top of that makes a difference. 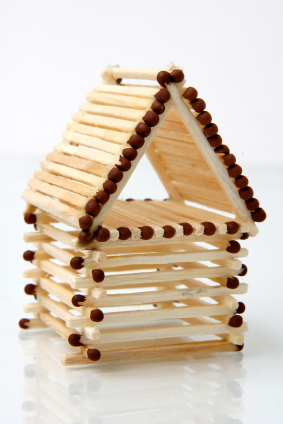 – Make sure fire coverage and storm coverage are a part of your policy.

– Utah is actually fairly safe, in terms of natural disasters. The biggest concern, like any dry state, is wildfires; get as much fire coverage as you reasonably can, especially during dry summers.

– The Green Mountain State gets a lot of blizzards and a lot of floods when those blizzards melt: the locals call it Mud Season. Make sure you’ve got winter storm coverage.

– Storm coverage is a must.

– Washington State is surprisingly geologically active: it has earthquakes on a fairly regular basis.

– Oh, also blizzards. And, of course, floods. You should have coverage for all of them.

– West Virginia mostly has to be concerned with storms, although with storms can come flooding, so make sure you’re covered for both.

– Wisconsin’s biggest concern? Tornadoes, although wildfires run a close second. Coverage for both is essential.

– Wyoming is actually fairly quiet in terms of disasters, although wildfires are known to happen, and the winters can be harsh.

No matter what state you live in, remember, we have the best tools for finding the lowest prices on the insurance you need. We work overtime to make sure every homeowner gets the best possible quotes to cover every possible disaster. We’ll save you money and keep you covered. Just enter your ZIP code below to start comparing the best home insurance quotes in your neighborhood for FREE!